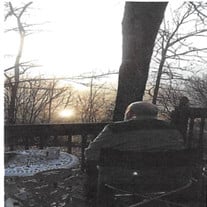 Dominic Joseph Longo, Jr., born September 16, 1949 in Philadelphia, PA, passed away October 3, 2021 at his home. He was a loving and generous husband to Cinde Longo; and father to Dominic “DJ” Longo III; his step-sons, Keith and Cory German were also very special to him. He loved his loyal and devoted dogs, Sammi and Dillon; he was an outstanding “Dom Pop” to Matthew, Evan, and Zachary German; a devoted “Pop Pop” to Chase Longo. Dominic loved his brother, Ron and wife, Denise Longo; nieces, Megan and Lauren; nephew, Ron Longo, Jr.; sweet daughters-in-law, Jenna German and Kristen German; he loved and cared for Rebecca Johnson, who he considered his “Tennessee Daughter”; his South Philadelphia cousins, Cons and Bernadette Mercurio; and his aunt, Lina held a special place in his heart. He cherished his friendships with Ken and Chris Stites and Robert “Bobby” and Mary Menaquale. His life-long friendships meant a lot to Dominic, as he was very loyal and caring and compassionate. He had a big personality, and made his opinions known when he believed fervently in a cause. He enjoyed watching “The Duke”, and westerns with Matt, and always explained the “good” guys, from the “bad” guys. He could spot a bad guy at 10 paces. He was a friend to many of his “brother” police officers, and retired after 22 years of service, in two different departments. As in death, he fought many a battle, but would want all to remember all his stories, filled with colorful characters, antidotes, and a life well-lived. His wish was to find a place to enjoy his life, and he found it in Tennessee. He was truly happy here. Dominic would want any donations to be made to any Children’s Charity, CHOP, and to: James’ Par for the Harbor Event. Arrangements by Alder Funeral Home

The family of Dominic Joseph Longo Jr. created this Life Tributes page to make it easy to share your memories.

Send flowers to the Longo family.