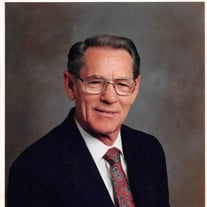 Pastor John” Maurice” Quillen, age 92 of Talbott, passed away Monday, August 23, 2021 at his home. “The following obituary was written by Pastor Quillen.” Maurice grew up on a mountain farm and attended school in McPheeters Bend where he served as janitor at age 13 and 14 and was paid $1.00 per month. He went to work at age 15 for the Hawkins County Rock Quarry in Church Hill for .40 cents per hour, and when he became 16 he went to work at the Kingsport Press where he served until he was 21. He was saved when he was 19 and baptized into the McPheeters Bend Baptist Church by A.W. Parker; he was licensed to preach the gospel in May 1950 and has been active in the Baptist Ministry ever since. Not having gone to high school, when he began preaching, he enrolled in Harrison Chilhowee Baptist Acadamy (now King’s Acadamy) in Seymour, TN and earned his diploma in 2 years; the Pastor graduated from Carson-Newman College in 3 years with a B.A. degree and went on to do graduate work at Southeastern Baptist Theological Seminary, Wake Forest, N.C., and at ETSU in Johnson City with a Masters degree. He did special course work at Peabody College in Nashville and U.T. Knoxville. Maurice pastored Baptist churches in Tennessee for 60 years, with his longest pastorate being 15 years with the Bowmantown Baptist Church in Jonesborough. His first pastorate was the Henderson Chapel Baptist Church in Pigeon Forge while he was in school at King’s Acadamy, followed by Narrow Valley Baptist Church in Grainger County Association while he was student at Carson-Newman, then Cedar Grove Baptist in Kingsport, Unicoi Baptist in Erwin, and Blue Springs Baptist in Rutledge, before he finally retired at Bowmantown Baptist in Jonesborough. During his years as pastor, he also taught school for 18 years. His last 5 years of teaching were with the Rutledge High School in Grainger County where he served as chairman of the English Department and taught senior English and Bible; during this time he was awarded recognition by being honored by the Who’s Who in religion by National Publication of Personalities of the South in religion. He served numerous churches as interim during his first retirement and later served the Rocky Point Baptist Church in Russellville as pastor for 5 years and retired again. He is currently a member of Talbott Baptist Church in Jefferson City where he still supplied churches as long as his health would let him. “It’s sad to part from my loving wife Rena and my children and many dear friends, but I look forward to seeing my blessed Savior the Lord Jesus Christ.” Preceding him in death was his first wife of 40 years and mother of his children, Lois F. Quillen; parents, George P. and Bertha S. Quillen; sister, Frances Barrett; brothers, Mack (Louise) Quillen, Joe R. Quillen, and 3 brothers who died as babies. Survivors include his wife of 26 years, Rena F. Quillen; children, Jonathan Quillen of Doraville, GA, Janet (Mike) Collins of New Market, Jackie Presnell of Kingsport and Johannes (Alysa) Quillen of Blountville; step-children, John L. (Mary Ann) Krell of Telford, Melissa Krell of Hixon, and Michelle (Brett) Cravens of Jonesboro; grandchildren, Chastity (Teddy) Dyke, Ashley (Jim) Stelick, Zachary Presnell, Adam Presnell, John David Quillen, Grace, Hope, and Luke Krell, Josh Smith, and Samantha (Cody) Egan; great-grandchildren, Chelsea (Kirby) Chapman, Hunter Collins, Kyler and Aspyn Presnell, Marlo, Eli, and Winnie Presnell; great-great-grandson, Cain Chapman; brother, Wayne and wife Barbara Quillen; sister-in-law, Ruth Quillen. Visitation will be 3:00-5:00 p.m. Monday, August 30, 2021 at Talbott Baptist Church 507 Talbott-Kansas Rd, Talbott, TN 37877 and the funeral service will follow at 5:00 p.m. with Rev. Mike Henegar officiating. Family and friends will meet Tuesday, August 31, 2021 at McPheeters Bend Baptist Church Cemetery, 430 Church Rd, Church Hill, TN 37642 for 12:00 noon graveside service. Grandsons will serve as pallbearers. In lieu of flowers donations can be made to the Gideon’s International or to Talbott Baptist Church. Due to the rise in COVID cases, those in attendance are asked to wear facial coverings and practice social distancing. Arrangements by Alder Funeral Home

The family of John Maurice Quillen created this Life Tributes page to make it easy to share your memories.

Send flowers to the Quillen family.