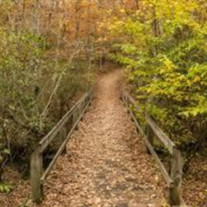 Norma Lee Hall, 86, died peacefully on September 12, 2021, at Morristown Hamblen Healthcare System. She was born on November 20, 1934 in Stecoah, NC, to Earl Porter and Edith Pearl Carringer-]enkins. She was a faithful member of All Saints Episcopal Church, where she had served on the church's vestry several times. Norma taught religion at All Saints' Episcopal School for 10 years, covering the 2000 to 2009 school years. Prior to that, she worked as a teacher's aide in special education for Hamblen County Schools for 25 years, covering the 1972 to 1997 school years, at Judson Hill School for developmentally challenged children, Lincoln Learning Center, Morristown East High School and Morristown West High School. She also was very involved in the Special Olympics throughout her career in Special Education. Norma was also known for her 20+ years working with the Boy Scouts of America as one of the very first female Scout Masters in the BSA organization, starting a scout troop of almost all developmentally challenged boys which was unheard of at the time. Norma and her husband, Getter, were foster parents for over 10 years and fostered more than 20 children. She was known to volunteer in many ways through church, the Boy Scouts of America, and the school system. Her family and friends remember her as a kind, generous, hard-nosed, hard-working woman who, with "one-finger raised", encouraged them to always be honest, be loving, be true to themselves and do it all with God's help. She is remembered as completely dedicated to her family, a fierce friend, and a passionate defender of those who could not defend themselves. She was preceded in death by her husband of 68 years, Euless "Getter" Hall, her daughter, Edith Berdine "Deane" Hall-Briggs; great-grandson, Brandon Davis. Norma is survived by her children, Earl (Martha) Hall, Kathy (Jim) Morie, Patty (Tony) Aplin, and Joe Asher; grandchildren, Earl "E.G." (fiancé Christy Hyler) Hall, Jeremy Hall, Mikayla "Shay" Morie, and Jessica Aplin; and her great-grandchildren, Seth Hall, Lillian Hall and Zoey Hall; brother, Bill (Mary Lou) Jenkins; sister, Kathy (Donald) Steele; as well as many well-loved family members. The family would like to thank the staff of Morristown Hamblen Hospital and Morristown Hamblen EMS and the staff of The Heritage Center in Morristown, for their dedication and care. Memorial service will be 11:00 am Saturday, November 6, 2021 at All Saints Episcopal Church. Arrangements by Alder Funeral Home

Norma Lee Hall, 86, died peacefully on September 12, 2021, at Morristown Hamblen Healthcare System. She was born on November 20, 1934 in Stecoah, NC, to Earl Porter and Edith Pearl Carringer-]enkins. She was a faithful member of All Saints Episcopal... View Obituary & Service Information

The family of Norma Lee Hall created this Life Tributes page to make it easy to share your memories.

Send flowers to the Hall family.