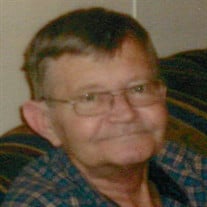 Obituary Willard Winstead, age 67 of Morristown, passed away Sunday, October 11, 2015 at Morristown-Hamblen Healthcare Systems after a lingering illness. He was a member of Thankful Missionary Baptist Church and was preceded in death by his... View Obituary & Service Information

The family of Willard Winstead created this Life Tributes page to make it easy to share your memories.

Send flowers to the Winstead family.